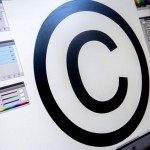 As the photographer, you own copyright in images that you take. In the UK, you do not need to register copyright in a photo – it is automatically yours. What does this mean? At its most basic level, if someone wants to use a photo in any form, they need to seek permission from the copyright owner. This might include something as innocent as someone downloading a photo from your website to use as wallpaper on their desktop. Even though it’s not for commercial use, the permission of the copyright owner should still be sought. It goes without saying that if someone wants to use one of your images for financial gain, either directly (as in print sales) or indirectly (eg for their advertising or pr), they should pay an agreed rate in return for that usage. Generally speaking, this involves the licensing of an image for a particular use.

Assuming that you’re happy with the terms you’ve agreed with the person who wants to use your image, you will then grant them a licence for that usage. This does not involve you handing over your copyright to them. It simply means that you have an agreement whereby you allow a third party to use an image for a certain means and for a certain amount of time. It’s important that both these things are agreed beforehand, as well as whether the licence is exclusive or non-exclusive. Most commissioned photography will be on an exclusive basis. The client is paying you to take a certain photograph for whatever their purposes may be, so they’re not going to want you to make that image available to other clients – hence you will license it exclusively to them. However, it’s possible that after a while the shot may not be so important to them (for example if they’d wanted a portrait of a celebrity for a magazine cover), and consequently they’re happy for you to try to sell it onwards, for example by putting it into a photo library. In this instance, you would agree on a time-limited exclusive licence – for example for a period of 5 years, after which the usage is non-exclusive for, say, a further 5 years. If they want to use it again after that time, they would need to negotiate a further licence.

It’s a fairly common misconception that it’s the person who commissions the photographer who owns the copyright in the images. This is not the case, as was made clear by the Copyright, Designs and Patents Act 1988.

Do not give away your copyright

Clients are increasingly attempting to get photographers to sign away their copyright when handing over their images. This is an extremely bad thing to do and should be avoided if at all possible. In some cases the client might ask for copyright of the images as a condition of commissioning you simply because they don’t know any better. In this case, you should point out to them that it’s extremely unlikely that they need the copyright (as discussed above, a license can be negotiated to set their minds at rest on any issues of exclusivity or usage restrictions). If they insist on copyright, then your quote should reflect the full resale value of the images over the period of copyright – ie it should be several times your usual rate. Explain to the client that by requesting copyright from you, they are asking you to hand over all the associated rights to the image, including re-sale, and that this needs to be reflected in the price. If they object by saying they have no intention to re-sell the image, suggest that it might be more appropriate for you to issue them with a licence to use the images instead, with the underlying copyright remaining with you.

Remember, if you hand over copyright in an image, you will have no rights to that image. You won’t even have the right to reproduce it in your portfolio or on your website without the client’s permission, let alone sell it onwards later in your career. Handing over copyright sets a very bad precedent and undermines the value of photography. It can be difficult to resist when you’re starting out in career and you have the option of getting your first commission but losing your copyright, or standing your ground but losing your job, but you should at the very least fight tooth and nail to keep it, and make sure the client is aware of the options. The Association of Photographers has a good website which is worth directing any difficult clients to called Copyright4clients – it’s worth a read in any case.

With the rise of the internet, more and more photographers are finding that their images are getting lifted from their websites. Some of the big photo libraries have been using reverse image searches to track down illegal usage of their photos and are subsequently billing web designers, design groups etc retrospectively for usage. You don’t need to be a big photo library though to do your own detective work. Some enterprising photographers are using advances in image search engines to make some extra cash by enforcing their copyright. Try using Google search by image on some of your popular images and see where else they’re appearing on the web – you might be surprised.

Even though you own copyright in images that you create, this does not necessarily give you the right to use those images for whatever you want. Generally speaking, it’s always safest to get the written permission of anyone you photograph before you sell an image for publication or use it in a public way, for example on the internet. If you’re selling an image on spec to a publication or putting a photo of a person into a photo library, you should make it quite clear that you do not have explicit permission from the person you’ve photographed (unless of course you do) – it’s then the prospective client’s responsibility if they publish it. The same can apply to buildings, though the law in this country is often grey. Ideally, you should try to get a signed model release or property release just to be safe.

One thought on “An Introduction to copyright and licensing”