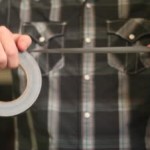 At its most simple the role of the assistant is to help the shoot run smoothly. It makes no difference if you’ve got years of assisting experience or you’re just starting – the smooth running and successful conclusion of a shoot should always be the assistant’s ultimate aim. When you first start out, it’s unlikely that you’ll have any huge responsibilities, so ensuring the smooth running pretty much involves doing what you’re told and using your initiative here and there if it looks like things might have potential to start going pear-shaped. At first your tasks will involve basic stuff like carrying bags, setting up lights, holding reflectors, waving smoke machines around – effectively you’re an extra pair of arms the photographer doesn’t have.

Back in the day…

Pre-digital, one of the key duties was for assistants to help with film. There’s still an outside chance you might find yourself on a film shoot, so it’s probably worth mentioning what the assistant would be expected to do… You’d need to load film backs (120 format) and hand freshly loaded backs to the photographer as the shoot progresses. You would have had to log the shot film, number the rolls, and quite possibly keep track of frames on a test roll if the photographer was shooting transparency. Different camera backs would need to be loaded different ways, and this is something that would obviously need a certain amount of knowledge and practice. So, as with all aspects of assisting, if you do find yourself in the unlikely situation of needing to load film and you don’t know how to do it, stick your hand up and let the photographer know. Having said this, I think it’s unlikely that this is something that would be expected of a beginner assistant these days and is certainly more niche.

These days, of course, it’s far more likely you’ll find yourself assisting on a digital shoot. Depending on the size of the shoot, there might be a separate assistant working as a digital operator, though if it’s a smaller job and you’re the only assistant, it may be useful if you have some computing skills that can be called upon. More often than not, this could be a straightforward familiarity with RAW processing software such as Adobe Lightroom or Capture One, or a basic familiarity with Photoshop. If there’s a client there, they might like to see something quickly cropped or graded so they can pre-visualise the final product.

If you’re not already familiar with Photoshop, Lightroom and Capture One, it’s definitely worth getting at least a working knowledge of theme. There’s obviously a wealth of resources online for learning this sort of thing, and you can generally download free trial software to start experimenting.

If you are going to have to be downloading and organising files, make sure you discuss how it needs to be done beforehand. Every photographer will have their own system. If you’re shooting tethered and you’ve not done this before, ask the photographer to spend some time going over how to initiate tethered capture, in case you find it stalls half way through a shot and you need to re-start it.

It’s all about common sense…

As a general rule though, even if you approach a shoot with little pre-formed knowledge, one of the ways you can make yourself most useful if by simply using your common sense. If you’re shooting in an unfamiliar location, make sure you know where the plug sockets are. If you’re going to need to shift furniture around, make sure you memorise where everything was so you can put it back together again. If you’re shooting with a new photographer, you should make a mental note of what came out of which bag so it goes back just the way it was for the next shoot (it could be a disaster if on their next shoot the photographer runs out of the door with a bag they thought had their tripod in only to discover instead it’s got a lighting stand and two softboxes when they’re up the other end of the M6 and it’s too late).

This is all quite basic stuff. The next level of assisting starts to enter the phase where you’re able to tune in to the photographer’s needs. Rather than just carrying out tasks as and when you’re told to, you’ll be predicting what needs to be done next. A really good assistant will have worked with enough people to be able to adapt to individual photographers’ working methods quickly enough to pre-empt what needs to be done before they’re asked. They’ll have noticed the camera battery’s running low before the photographer has, and will be on hand with a freshly charged one. They’ll have spotted that the sun’s moved round and is burning out an area of the background, and shade it off.  After a while, a good assistant will have developed a good working knowledge of a number of different lighting systems and will be able to advise photographers on what they might need to hire for a shoot. A specialist assistant, for example a car photography assistant, will have an in-depth knowledge of the techniques and styles that the photographer needs to complete the shoot, and as a result will find themselves in great demand from other photographers who might find themselves having to shoot in a style unfamiliar to them. On the same tack, a good assistant can be worth their weight in gold for the local knowledge they possess – they’ll have great contacts in the industry with set-builders, lighting hire shops, they’ll know locations inside out, including how different places are affected by the sun at different times of day. This knowledge can be invaluable to photographers who are shooting away from home on location and some local know-how.

Putting it all together

The final stage of assisting is where you’re able to do all these things – you know how different photographers work, you know everything there is to know about lighting, you’re great at dealing with clients in a diplomatic way, and you can pre-empt photographers’ needs – but you also have a zen-like ability to tune into the shoot. This might sound a little ridiculous, but there is a stage at which you will feel like it’s your shoot, not the photographer’s – they’re just the one taking the pictures. You’re watching everything, running the whole operation, from making sure the second and third assistants are doing their job properly checking the flashes are syncing, to making a mental note to check the production team has ordered the photographer’s favourite brand of balsamic vinegar for lunch (photographers are fussy characters). You’ll go to bed at some ridiculously late hour and it’ll take you half an hour to get to sleep because your head is still buzzing from juggling all that information and those tasks, not because you had to but because you took a genuine pride in your work and in making sure that that shoot ran as smoothly and as successfully as possible. That’s when you know you’re a really good assistant.

Obviously when you start out you’re not going to know this stuff, and that’s fine – as long as you realise you don’t know it yet. Photographers may expect a lot, but they have no reason to expect anything more than enthusiasm and a willingness to learn if you make it perfectly clear that you’re just starting out when they employ you.

What makes a bad assistant

The worst possible assistant is one who thinks they know everything when in fact they know nothing. Rule number one when you start out as an assistant is to know your place. This might sound patronising, but it’s true. To be fair, it’s maybe an acceptable mistake to assume that because you’ve just spent three years or so studying photography and happen to know the Scheimpflug Rule inside out you’ll make a great assistant. This isn’t the case – being a good photographer and a good assistant are two completely and utterly different things. They’re two very different skill sets. A really good assistant needs to know all sorts of other things that you won’t find on any photography course – how many colleges teach you how to check in the bags at the airport without incurring extra baggage costs even though you’re three times over the limit? How many top graduates know the officer in charge of granting permission to shoot at Canary Wharf well enough to knock the price in half? How many would even start to know how to defuse the situation when the client and the photographer have a huge bust-up half way through a two-week shoot? And then there’s the mundane stuff like knowing which ancient lighting systems are not a good idea to sync to digital cameras. Plus the stuff you don’t even know what not to do (eg put a battery powered strobe pack on damp grass – yes, can they actually catch fire…). And obviously there’s all the jargon that gets thrown around a shoot – being told to set up a pair of redheads with some blondes might sound kind of kinky, but an active imagination isn’t much use if you don’t know the mundane truth that you’re dealing with some tungsten heads. Then there’s the obvious stuff that you shouldn’t do when you start, but that happens, a lot, according to some photographers… Chatting up the client is not a good idea, nor is offering your opinion on the shot you’re working on when you’ve not been asked. Wearing your still damp shirt that’s been in the washing machine for two days because it’s all you’ve got that’s clean isn’t a great move either, especially when you’re going on a long car journey with the photographer (yes, I did do that, but once only).

It might seem daunting when you’re starting out, but if you possess the golden virtues of honesty, enthusiasm and desire to work to the best of your abilities, you’ll be fine. Knowledge of the industry comes with time. Maybe you won’t have all the local lighting hire shops’ numbers in your mobile straight away (although you will with time), but as long as you don’t make any false claims when you start, no-one will expect you to.